Recently I was asked by a friend to assist with drafting her resume, which I gladly agreed to do. I got all the data required including the list of extracurricular activities. Having known the friend from school, I knew a few things mentioned were most certainly not true. Upon enquiry I learnt, that was to be incorporated in the resume to ‘beautify’ the resume. I tried to reason with the concerned person that this was not the approach to take. A little so called ‘beautification’ could cause her to loose valuable opportunities and cause immense embarrassment. Click To Tweet

Being from the background verification industry, I tried to dissuade her by quoting statistics and numbers and that how discrepancies were almost always caught. To that, I was told that companies just verify the ‘important stuff’ and don’t really bother about the other ‘stuff’. Moreover, that these were ‘little white lies’ and what possible damage or harm could they inflict upon anyone. 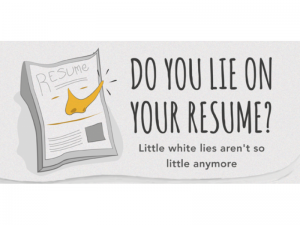 I was taken aback with the categorization of verifiable components and non-verifiable components that prospective candidates have in their mind. I would like to clarify to all the prospective resume embellishers, companies verify almost all components of the resume. It is a fact that my dear friend wasn’t the only one doing it, every other candidate ‘enhances’ their resume to enable them to have additional talking points during the interview. Data at JantaKhoj corroborates that resume deceit and enhancement is pandemic.

Nothing is worth risking being labelled as a liar or a fraud. We know it’s a tough job market out there with immense competition. It is indeed tempting to indulge in a little ‘beautification’, as it’s called, to appear more desirable or more hirable. These little white lies are stretching the truth and some are just outright lies.

The ousted CEO of Yahoo, Scott Thompson must have also thought that it doesn’t matter whether it’s a Computer Science degree or an Accounting degree, after all it is a degree. But then, it did matter and he was consequentially asked to step down. Not only did he publically lose his job but was subject to a lot of humiliation and rebuke. He could have been one of the best CEOs in the company’s history. Sadly, we will never know. A little white lie cost him his hard earned job. A little smart marketing could have still got him the job. We all ought to learn from his mistake.

Make the potential employers understand how the experience and education you do have makes you the best fit for the job. Let’s work with what we have and work upon ourselves than on embellishing our resumes. 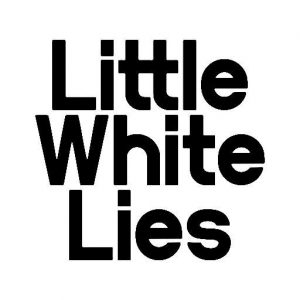