India woke up to a fraud of eleven thousand and five hundred crore rupees. What a big number, with seven zeros at the end. That too, from a bank, which was government owned, a public sector bank.

If we understand this whole fiasco in simple terms:

There was an employee in a bank, Mr X. He was at a managerial position, which had a lot of authoritative magnitude attached to its position. Plus, he was very close to the heads of the organization, which trusted this employee with their secret passwords; which generated the Letter of Undertakings.

Now, these LoUs are very powerful documents. This is given only after strict invigilation and audits.

The trust was breached. Unauthorised LoUs were rolled out and this small action led to a fraud of thousands of crores of rupees and an irreversible loss of goodwill.

Time to question the public sector organizations – are we doing stringent background verification – during recruitment and during appraisals? Do you know your own employees?

In September 2005, the central bank had cited cases of technological mishaps, which resulted in losses of money and damaged the lenders’ reputation. The knock of possible fraud was there and the importance was following the ‘Know your Employees (KYE)’ norms was realised, but it was quite short lived.

A know your employees process does a background check during recruitment and after it as well. If only we follow the same in a very strict manner, we can avail the advantages of it and will curb the financial and the goodwill loss.

Here is one question in my mind –

Why can’t we do financial background verification for all the top position holders or those who sit at key authoritative positions? 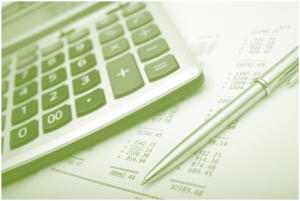 We can find the following answers:

The employees should always be made aware that such verifications do take place once in a while. The organization will be aware of the financial state of the employee and if there is anything suspicious then it must be looked into on an immediate note.

If such background verification was done for our Mr X, within the time, we would have got the culprit and financial and goodwill loss would have been a little less damaging.

Public sector banks employ a huge number. Of course, having financial background verification for all is not feasible, but for the top level, it can be done and it may save a lot of financial and brand image loss for the organizations. What’s do you say?