Once there lived a group of monkeys on mangroves near a village. There were a lot of youngsters among the group who played around and spent their time happily. The villagers never had any problem with the monkeys and things were running smooth for both – the monkeys and the villagers.

One day, a new monkey family came and started living with the existing monkeys. They all became friends. The new family had a very naughty little monkey. This little monkey befriended all the other little monkeys. He started teaching naughty tricks to other small monkeys – like snatching and stealing things from the villagers and troubling them.

Life for the villagers became very difficult because of the monkeys and after a while it was intolerable, the villagers’ called the zoo-keepers. They came and caught most of the monkeys and they put the monkeys in the zoo cages. Of course, a few escaped, but there were many who regretted the action of the one new little monkey who joined the monkey gang. They lost their freedom. They could just be sorry and sad. Harm was already done.

A few employees, a few LoUs and a fraud of thousands of crores. This is not it. After the fraud was out in public, just in one week, the stock of the company had lost nearly 28 per cent. The loss due to falling of stocks were almost equal to the fraud amount. 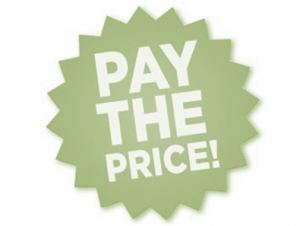 Heads of the organization and a golden handshake with the third party auditors, left many jobless and a huge fraud surfaced. Of course, the company was closed after the huge fraud, but do you know what price the auditing company had to pay due to few of its employees?

The Indian arm of PwC was fined $6 million by the SEC (US Securities and Exchange Commission) for not following the code of conduct and auditing standards in the performance of its duties related to the auditing of the accounts of Satyam Computer Services.

Not only this, this scam happened in 2009, but on 11th January 2018, SEBI had found PwC guilty in the Satyam scam and barred its network entities from issuing audit certificates to any listed company in India for two years.

These “few mischievous employees”, do lose their jobs and probably they are blacklisted from most of the organizations, but who pays the real price of any fraud/scams/wrongdoings?

No company would want to be in such a soup, then why shy away from stringent background verification during recruitment and repetitive verifications during promotions.

The company’s goodwill is at stake, are we in a position to sabotage that? Isn’t it better to just be extra sure when it comes to every employee? There are different kinds of verifications available and of course, it all comes with a price. Just that, it depends on the organization, which price they want to pay – the verification costs or the goodwill loss cost! What do you say!