Mr. X applied in an organization. He got the job. It was one of those organizations which believed in the honesty of all the candidates, and never indulged in any background verification; I guess they were saving on some expenses. Whatever be the reason, so this new candidate had sadly fabricated the resume, and on basis of same bagged this job.

Mr. X was a good man, but due to huge competition, this was an unwanted step he had to take. He was well aware of the consequences of lying on the resume. But there he was, with a job, on the basis of a beautified resume.

Few years passed progressively for Mr. X. He was happy about the way his career was moving ahead.

His company was taken over by another firm, which believed immensely on background verification.

Mr. X, already aware of the stringent background verification policy of the new company which took over, was very scared. Still he had this small faith that he had given so many years to this organization so no one will take any extreme step against him.

Alas, he was called and informed that the educational degree he had provided was fake. He needs to leave the organization on an immediate note. 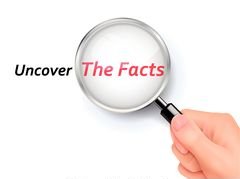 Let’s see just a few examples of people who indulged in resume beautification and the price they paid after years:

Gregory Probert, CEO of Herbalife Ltd. – In six years career record, Gregory had an impressive track record and had he not lied in his resume, he would have added more stars for the company and for himself.  But, in 2008 Gregory Probert resigned, post background verification result which stated that he had never completed his MBA from California State University, Los Angeles, despite what his résumé claimed!

David Tovar, former VP of corporate communications for Wal-Mart: David Tovar was up for promotion to a position of SVP in a career of eight years. He had to resign once background verification found that he wrongly mentioned about his graduate degree which he never accomplished.

David Edmondson, former CEO of RadioShack – Joined in 1994 and quickly advanced to the position of CEO by 2002. His educational mismatch was uncovered, post which he resigned after eight years of service.

Marilee Jones, former dean of admissions at MIT – A career of twenty seven years received a bad end when it was discovered that Marilee Jones never received any college degree.

There are many who fit in the position of Mr X. Even a progressive career or long years of service can’t be kept if the truth is uncovered. Are you ready to risk your future? Or are you going to have a safe future and a tougher present, be true on your resume. Some firms will give you a job on your capability and a sword won’t be hanging on your career graph, all the time. So, let’s be true and be more tactful about the points we would like to lie about. What say!